Craps evolved from a medieval dice game called Hazard. Sir William of Tyre and his crusading knights played Hazard as a pastime while laying seige to a castle called Hazarth in 1125 AD. Due to its likeness to the dice game Craps we know today, there is little debate this ancient game is the predecessor. Because the word Hazard comes from the Arabic word al zar which translates to "the dice," some believe the game is Arabic in origin.

The next two debates involve the French who supposedly changed the name to Craps and brought it to America. Because Hazard had been popular in England for centuries now, those traveling on the Mayflower to America likely brought it with them. French settlers, having been forced south by the British, likely brought Hazard with them to New Orleans where it became popular around 1800. It was in the South where the game was simplified and came to be known as Craps, a distortion of the term "crabs" from Hazard. "Crap" being French for toad, some believe the name Craps comes from the term Johnny Crapaud for the frog-eating French. Regardless, African Americans are credited for the development and invention of Craps in the early 19th century.

Craps spread from the South via riverboats on the Mississippi. Only a few variations of craps popped up while the rules and odds changed several times. Known as the father of modern Craps, dicemaker John H. Winn revolutonized the game to where you could bet against the shooter. When casino gambling was legalized in the state of Nevada in 1931, "Las Vegas Style" Casino Craps became popular all over the world. 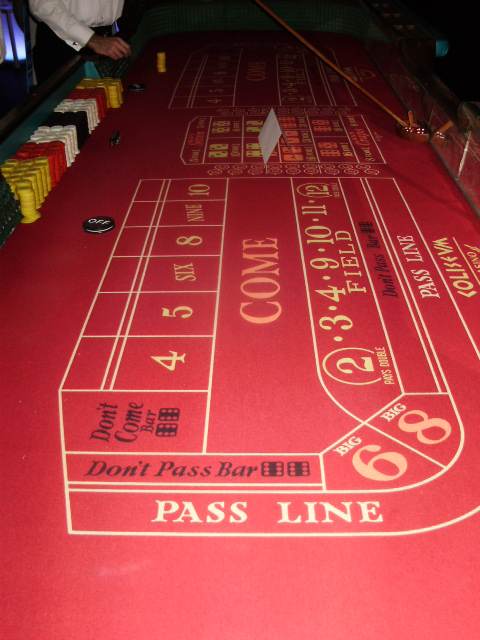